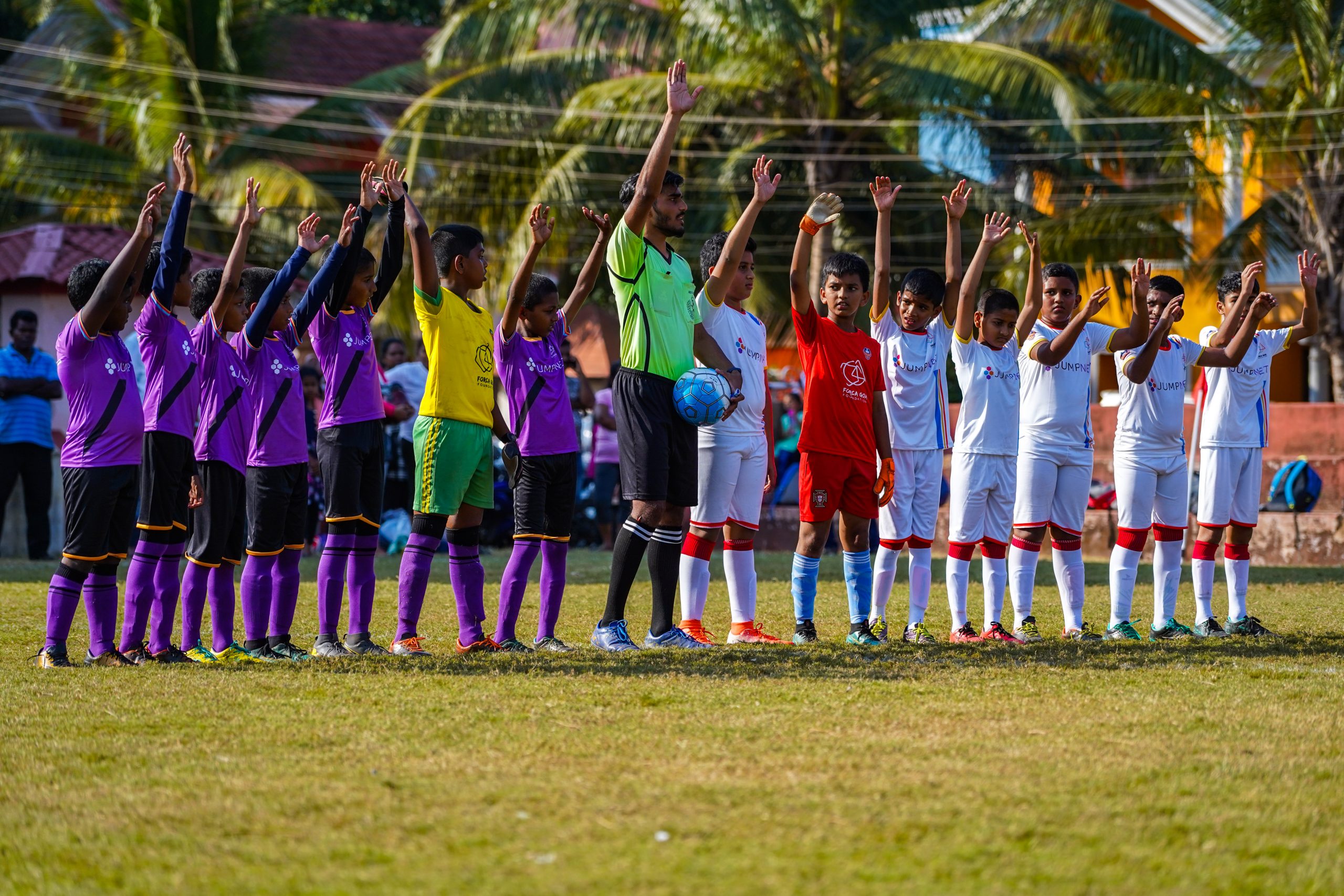 After months of exciting matches and intense competition, the Little Gaurs League marked the end of a great season earlier this month. An initiative of the Forca Goa Foundation, the league follows the guidelines provided by AIFF in the Golden Baby League handbook, to provide kids with a platform where they can play and compete on a professional level.

This year, the league saw a tremendous increase in participation with 109 teams registering as compared to 36 last year –  encouraging signs for the development of grassroots football in Goa. While the North (Sangolda) and South (Nagmodem) zones had 40 and 42 teams respectively, the League’s newest zone, Vasco (Mount Litera) showed great enthusiasm in its first year with 27 teams around the venue.

Apart from increasing the number of zones to three, this season also had 2 additional age groups participating. Separate leagues were conducted for 4 age categories (U6, U8, U10, U12) in each of the zones.While U6, U8, U10 were mixed gender leagues, the U12 age category was exclusively for girls in a bid to increase opportunities for girls to play football. There were 957 participants, who played more than 500 matches and scored 1690 goals altogether!

The winners of the league were announced in award ceremonies held in each zone. The awards were given out for winners, 1st runner up and 2nd runner up for each of the age categories. Individual awards were given to top scorers, most promising players and best players. The children received the prizes from respected personalities of Goa football. At the Sangolda ground, the event was graced by the presence of Mr. Bibiano Fernandes, coach of the U16 Indian national team; Sahil Tavora, former FC Goa player and Hyderabad FC player; Jonathan Cardozo, FC Goa U18 player; and Denzil Franco, former FC Goa player.

“An awesome job done by Forca Goa Foundation. This is the first grassroots league that is not taking place at just the school level. Here, the kids are getting opportunities to play at an all Goa level. Playing in the league also motivates kids to take part in ISL someday.” – Denzil Franco (Former India International, ISL winner with ATK, Former FC Goa player)

To educate parents of the Little Gaurs, the Foundation organised nutrition workshops. Here, parents were explained about the importance of proper nutrition for children who play regularly and took back many tips from our nutritionists. To see these tips for yourselves, check out our blog on the nutrition workshop here.

Keeping up with tradition, we had parents matches at the end of the league. Exhibition matches were played by moms and dads of the participants before the awards ceremony. The children enjoyed watching their parents take to the field for a change while they cheered from the sidelines.

The energetic and passionate response from the children, parents and coaches empowers the Foundation to constantly improve grassroots football in Goa. The Little Gaurs League will be back next year – bigger and better, giving children the opportunity to #GrowWithTheGame!